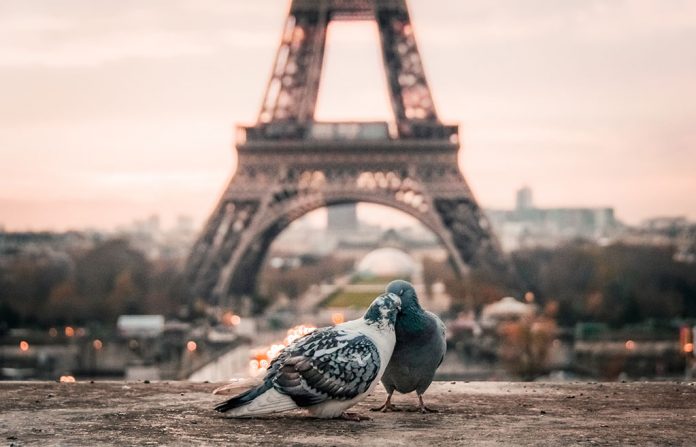 Paris, the city of love holds possession of the world-famous Eiffel Tower is greatly known to be the most romantic place in the world. This beautiful masterpiece has its own story behind it and will be explained to you.

This article will give you what to expect when and if you decide to visit this iconic landmark. Its beauty is adored by billions around the world as they have experienced great memories or better yet look forward to. The Eiffel tower is a globally recognized monument that you just can’t miss out on!

About the Eiffel Tower

This magnificent tower is made out of puddled iron (wrought iron), and this metal brings the weight of the Eiffel tower to 7300 tonnes. Although now, with the additions made throughout time to the tower, it weighs at a whopping 10100 tonnes approximately.

The name of the tower is derived from the engineer who designed and constructed it along with his company, Gustave Eiffel. This unique architectural masterpiece is located on the Champ de Mars in Paris, France.

They started their project on building the tower on the 28th of January 1887 and completed it on the 15th of March 1889. The grand opening of this tower took place on the 31st of March 1889, which happened 130 years ago.

The Eiffel tower was created as the entrance for the 1889 world’s fair. It was also the tallest building at a point over a century ago.

Below is a picture of the Eiffel tower today:

Gustave Eiffel, the engineer behind this magnificent creation designed the Eiffel Tower. He made its design unique, although was criticized by many other recognized French artists for its design.

Standing at 1063ft (324m), the Eiffel Tower held the title for the tallest man-made structure in the world. This title was held for 41 years after it was beaten by the Chrysler building in New York City. Further, it was 125m wide across from the base of the tower.

The Eiffel Tower has three levels that are available to the public, the first two levels consisting of restaurants and are accessible by climbing up a staircase or using the lifts available. Whilst, the third is an observation deck that allows the visitors to view the city of Paris. This last level is 276m high and is the highest point one can go up this 324m tall building.

Moreover, the color that the Eiffel tower was originally painted in was “reddish-brown”; it is now painted in different shades from a lighter color at the top as it gets progressively darker to the bottom of the tower hence done to complement the Parisian sky. It is painted every 7 years to prevent the tower from rusting; hence 60 tonnes of paint is applied every time.

Its Popularity and Tourism

The Eiffel tower is greatly recognized as an iconic monument to the world, therefore, it has been visited by over 250 million people since its opening in 1889. It is also the most-visited paid monument in the world. The entrance is often very crowded as there are long queues to enter the tower hence resulting in an average of roughly 25000 people visiting it every day.

It is so globally famous that replicas and very similar towers have been constructed around the world such as the Blackpool Tower in England, the Tokyo Tower in japan and various scale models in the United States such as the one located in the Paris Las Vegas hotel in Nevada as shown to us below.

The Makings of The Eiffel Tower

It was constructed in 1889 and here are a few illustrations below showing the makings and progress of the Eiffel tower being built throughout time from the 10th of August 1887 till the 12th of March in 1889. And was fully completed 3 days later.

More About the 3 Levels of the Tower

Firstly, in the first level of the Eiffel tower is a French-style bistro, La Bulle Parisienne that is temporarily in place until the spring of 2020 for people to enjoy. In the center of the first level is a wine bar. This is all currently located on the first level.

Moving up, the second level currently welcoming guests to yet another spectacular restaurant in the skies. At 125m high, the guests will be served with contemporary French gourmet cuisine from the well-reputed restaurant, Jules Verne by Frederic Anton. The second level has a macaroon bar available for the visitors to enjoy from a wide range of flavors.

On both the first and second levels there are shops that visitors can purchase souvenirs, gifts and many more items from.

On the esplanades of both the first and second levels, you can get quality snacks and drinks from various buffets as you tour around the tower. A quick and tasty snack would be perfect as you enjoy the breathtaking sight from the Eiffel tower.

This is a close up picture of the Eiffel tower and the roads beneath it:

In conclusion, the Paris Eiffel Tower is an iconic monument that you just can’t miss out on if you ever visit France. It is the most romantic place in the world and is home to hundreds of marriage proposals. This beautiful tower would’ve been demolished into scrap metal if Gustave Eiffel himself did not decide to set an antenna atop the tower that today beams radio and television signals with over 100 antennas.

Keep a visit to the Eiffel Tower on your bucket list! This is one place you just don’t want to miss out on!