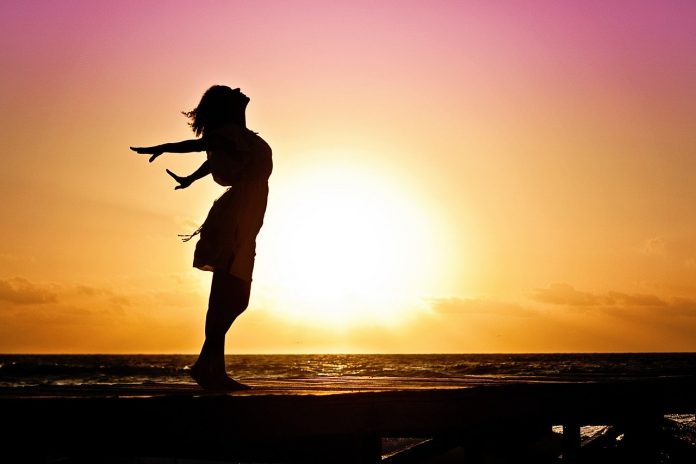 Happiness is… the smell of early morning coffee. Happiness is… when your crush looks at you. Happiness is… throwing things at your best friend. It seemed like almost half of the social media traffic is made of “happiness is” memes! Let’s find out how can you induce happy hormones and boost your mood.

Everybody seems to have their own funny definition of what happiness is. While “throwing things at your best friend” might make one happy. What happiness actually is, a chemical reaction, just like “love”. Today is your lucky day because you’re going to learn what these chemicals are, and also how to boost them. So that you won’t have to throw things at your best friend.

What are the so-called “Happy Hormones”?

Different glands of your body create different types of chemicals, which travel through your bloodstream, playing many important processes of your body. These are what we call “hormones”. One of the important functions of these hormones is to regulate your mood. Whether you feel like a “happy hamster”, a “love bird” or a “grumpy cat”.

It is your hormones at work. Happiness is triggered by a cocktail of four hormones, namely, dopamine, serotonin, oxytocin, and endorphins. Each of these hormones acts as “mood boosters”, in different ways.

Dopamine functions both as a hormone and a neurotransmitter (helps to send messages between nerve cells) and is called the “feel-good hormone”. It affects how we feel pleasure.

The brain releases it when we eat food that we love, listening to a favorite song or even having intercourse, spreading feelings of pleasure and satisfaction. These feelings are known to boost mood, attention, learning, and motivation.

Like dopamine, serotonin also functions as a hormone and a neurotransmitter. It’s mostly found in the digestive system.

However, it’s also available in blood platelets, brain, and the nervous system. Serotonin is known to affect smooth bowel operation, stimulate diarrhoea and nausea, regulate mood and assist in blood clotting when there’s a wound.

This is commonly known as the “Love hormone”. Produced in the hypothalamus, it is released to the bloodstream by the posterior pituitary glands.

This plays a vital role in childbirth by stimulating contractions and assists milk supply to the breasts while breastfeeding. Apart from mother-child bonding, it also affects trust, empathy and relationship bonding as well.

How to Boost “Happy Hormones”?

“Happiness” is not just a single emotion, and is a mixture of different feel-good sensations, which ultimately, as a whole, which we would define as “happiness”.

Each of these happy chemicals provides their contribution to your overall feeling, in their own way, to make you feel happy, excited, comforted, relaxed and loved.

Using different techniques, you can trigger the release of these hormones, thus making you feel good. Let’s take a look at these “triggers”. While every single one of these ‘happy hormones’ can be induced by different types of medical drugs, which might be useful for different kinds of ailments.

None of the methods mentioned below is chemically-induced and all are absolutely natural and healthy ways to increase your happy hormones, naturally.

The following are some of the ways to increase Dopamine.

Your body requires tyrosine to produce dopamine, and consuming tyrosine-rich food is the best way to increase tyrosine levels. Some of the tyrosine-rich and commonly-available foods are bananas, avocados, almonds, eggs, beans, chicken and fish.

Exercising is good for your body and your mind. Exercising is also found to help your brain as well, by helping it produce new brain cells while slowing down the aging of existing brain cells.

These are linked to your “body-clock”. When you have less sleep or irregular sleeping patterns, dopamine levels would drastically go down in the morning, making you feel weak, sleepy and would reduce your ability to concentrate. Having enough sleep is also known to increase your serotonin levels.

If you feel weak and less energetic, sad and depressed during winter, that’s normal. Seasonal affective disorder (SAD) is common in wintertime, due to not getting enough sunlight.

Listening to music is known to increase the dopamine levels of your brain, naturally. It occurs because listening to music seems to increase activity in the reward and pleasure areas of the brain, which are highly-concentrated with dopamine receptors. This method is also a serotonin booster.

Following are some of the ways to increase Serotonin

Serotonin is made of tryptophan and the easiest way to get this chemical is by consuming foods rich with tryptophan, which is available in high-protein foods like chicken, eggs, milk, cheese, peanuts, and chocolate.

Meditation can calm you down and result in low-stress levels, which can ultimately increase serotonin levels. This is also known to increase dopamine, oxytocin and endorphin levels as well.

Stay Away from Alcohol

Alcohol can spike your serotonin levels, which only creates a short-lived uplifting effect, which will soon reduce, drastically, along with the severe reduction of serotonin which would follow the ‘spike’.

This reduction is guaranteed to bring your body’s serotonin levels even lesser than the usual! So, stay away from alcohol

Getting a good body massage can increase your serotonin, dopamine and oxytocin levels while reducing cortisol levels, which is a type of negative chemical created in your body when stressed.

Following are some of the ways to increase Oxytocin

You must “give” first, to “receive” later. Studies have shown that receiving gifts can increase your oxytocin levels.

Physical touch is known to be the most natural way to get oxytocin to your system. While it is not necessarily required to be sexual, non-sexual kissing, hugging, cuddling, and eye-contact would increase your daily dose of oxytocin, naturally.

According to research, your daily dose requires giving or receiving at least 8 hugs a day.

Just like hugging your “fellow homo-sapiens”, hugging your dog, petting your cat or even playing with your pet hamster is also known to increase oxytocin levels.

Although this may seem strange, making eye contact with people is also known to increase your oxytocin levels. But you’d have to put down your phone for a minute to do this, though.

Watching a good feel-good movie can increase your oxytocin levels. Rather than doing this alone, you can share the experience with your family, friends or your significant other, which can increase the effects.

Following are some of the ways to Endorphin

Some love it. Some hate it. Either way, eating dark chocolates can increase your endorphins.

This is a traditional Chinese therapy that uses thin needles to stimulate pressure points of your body, which is used to treat chronic pain, insomnia, anxiety, depression, cramps and a lot more. This is known to increase your endorphins as well.

Aromatherapy is a healing treatment that combines both science and art. It uses essential oils made from natural plant extracts. Their aroma is known to bring you therapeutic effects, along with increased endorphin levels.

You can even grab an instrument and play, take the microphone and sing karaoke or just get up and dance. Either way, you’ll feel awesome!

These are some of the natural and healthy ways to increase your ‘happy hormones’. And none of these methods requires any hard work or preparation. You just need to do what you do in everyday life, just a little more, just a little better. The happy hormones would make sure that you’ll have a beautiful day!

Diabetes Basics 101, Manage it and How to Not Get It

What are the Panic Attack Causes? How to Avoid Them?

Benefits of the Delicious Cucumber Sandwiches

10 Deep Breathing Benefits that are Good For Your Health