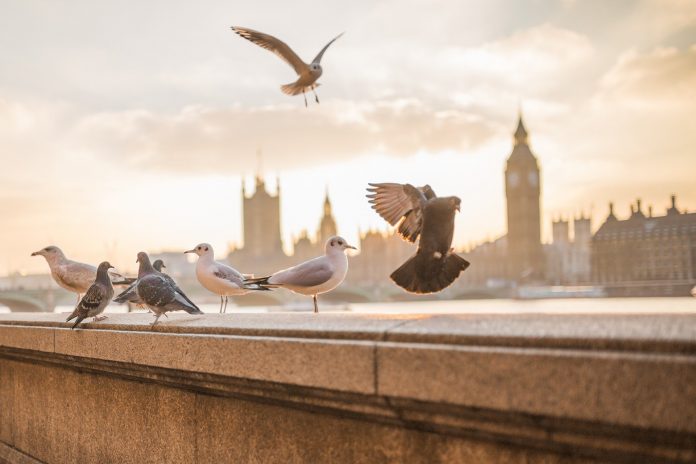 London is the most iconic city in Europe, attracting over 25 million visitors every year. Being a vibrant city with a rich history and culture. In this article, we will highlight the top 10 places to visit in London.

Many landmarks in London are free to visit. While others can be visited with discounted entry or special offers using a London Pass.

With so much to see and do, it can be tricky to plan your trip to London. Don’t worry, we have compiled this list of top 10 places to visit in London for a well-rounded experience.

1. Buckingham Palace – The Home of the British Monarch

Buckingham Palace has been the home to British Royal Family since 1837. Out of the 775 rooms in the palace, astonishing state rooms are open to the public in the summer months.

The grand gardens are a treat to the eyes. You can take tours of the palace and one of the popular attractions here is the Changing of the Guard ceremony, a fine British tradition as the soldiers switch places with much pride.

2. St. Paul’s Cathedral – One of the biggest churches in the UK

St. Paul’s Cathedral is the largest and the most popular church in London. Sitting on the site of a Roman temple, the present church dates back to the 17th century. It was rebuilt after the earlier one was destroyed in a fire.

Today, the church represents the zenith of English architecture. People use this to celebrate a number of special occasions, including the Queen’s landmark birthdays. St. Paul’s 365-foot spectacular dome and the twin Baroque towers make it a must-visit place in London.

3. The Tower of London – Home to the Crown Jewels

One of Britain’s important historical sites is “the mighty Tower of London”. It was established in the 1000s as part of the Northern Conquest.

Over the years, it has been in use as a prison, palace, treasure vault, and even a zoo! One cannot miss the splendor and magnificence of this beauty when they visit London.

The adjacent Tower Bridge with two massive towers rising 200 feet above the River Themes is a popular landmark as well.

4. The British Museum – One of the biggest museum collections in the world

The British Museum, established in the 1750s, contains more than 13 million artifacts from the ancient world. You would enjoy a unique comparison of the treasures of world cultures under one roof, centered around the monumental Great Court.

The museum’s most famous exhibits include Elgin Marbles from the Parthenon, the Rosetta Stone, the colossal bust of Ramesses II, mummified remains and the astounding hoard of 4th-century Roman silver known as the Mildenhall Treasure.

5. Westminster – See the Iconic Big Ben Clock Tower and the Houses of Parliament

Westminster is the political hub of London It is the home to the Houses of Parliament (officially called the Palace of Westminister) and the world-famous Big Ben Clock Tower.

Whilst visiting there, be sure to rest your feet in Parliament Square which features statues of supreme political leaders such as Winston Churchill and Nelson Mandela. Big Ben is a 97-meter tower house. It is a giant clock and is known all over the world as the time signal of BBC radio.

6. The London Eye – One of the biggest observation wheels in the world

The London Eye is Europe’s largest observation wheel. It was built to mark the millennium celebrations in London in 2000. The whole ride goes on about 30 minutes and is typically accompanied by a long queue.

That said, if you are in a hurry, you can experience it before others with Fast Track Tickets. The experience showcases a stunning bird’s eye view of many of London’s most famous landmarks, as you embark on a circular tour rising 443 feet above River Thames.

7. Hyde Park – Beautiful green space in the heart of the city

Covering 350 acres, Hyde Park is the biggest Royal Park in London open to sightseers since 1635. It is a perfect place for you to escape the busy streets and enjoy being outdoors.

The park has an 18th-century man-made lake called Serpentine, popular for boating and swimming.

Hyde Park is also where you will find Speaker’s Corner, a place where anyone can voice what’s on their mind. Other attractions include the large Standing Stone, Italian Gardens, and diverse monuments and statues.

Warner Bros. Studio is one of the houses to large-scale productions. It is among the best places to visit in London. Harry Potter Season was made here. The studios have a popular tour called The Making of Harry Potter.

You can take a guided tour or explore the site on your own, see the costumes and props, wander through the Great Hall, and learn about the process of film making. The ticket includes an entry pass as well as transportation to and from the studios from Central London.

Although there are several Madame Tussauds across the globe today, the one in London is the original such waxwork museum, which is in operation since the 1830s. It is the home to many popular faces throughout history, such as monarchs, politicians, sports personalities, actors and actresses, singers, and more.

At the entrance, you can find the self-portrait of Madame Tussaud herself. Since this place is too famous, best if you can book your tickets in advance.

London Dungeon, located along London’s South Bank, is a major tourist attraction in the city. The place recreates various gory and macabre historical events, in a subtly humorous way. Apart from 3 rides, there are 18 shows and visitors walk through dungeons from one show to another to get a sense of historical events in an interactive live-action manner. Awesome sets, dramatic costumes, convincing artists and special effects are sure to blow your mind.