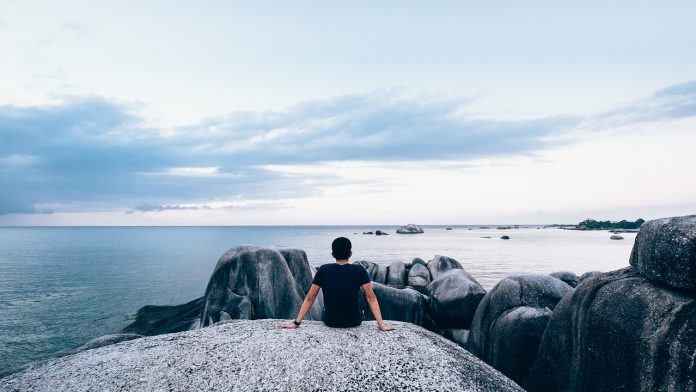 You remember the day that you watched your favourite movie, listened to your favourite song, the time you had the very first bite ever of your favourite dish. Your very first date and if you’re a parent, the first time that you ever held your little one in your arms. Let’s find out how can we increase serotonin in our bodies.

The times that you felt so happy, you felt like you can fly without wings? What would you give to feel like reliving these joyous moments? Anything, right?

Have you heard the quote – “Love is just a chemical reaction?” So is happiness. Happiness, well-being and basically just “feeling good” are also regulated by a series of bodily chemicals, namely, ‘Serotonin’, ‘Dopamine’, ‘Oxytocin’and ‘Endorphin’, each coming with a different function. Out of which, Serotonin is one of the popular ones with a wide variety of functions.

It’s a chemical produced by nerve cells to send signals between themselves. While it’s found mostly in the digestive system, blood platelets, brain and across the central nervous system. It’s made from ‘Tryptophan’, an essential amino acid. Serotonin’s scientific name is ‘5-hydroxytryptamine’, commonly known as ‘5-HT’.

What does Serotonin do?

Serotonin is a neurotransmitter, which relays signals between neurons and it plays an important role in the central nervous system. Some of the main functions of serotonin are as follows:

Your digestive system produces about 95% of the serotonin in your entire body and it regulates bowel function and movements. It also affects how much fluid is stored in your intestines, and your sensitivity to ‘fullness’ when eating.

If you consume anything toxic, your gut produces increased amounts of serotonin, increases the transmit time across the bowels and sends them ‘out’ with diarrhoea. It also stimulates the nausea area of the brain, so that you would keep away from food for a while until bowels can complete their ‘disposing job’.

Serotonin created in the brain affects your mood, anxiety and happiness levels. Illicit drugs such as Ecstasy and LSD are known to boost a person’s Serotonin. That’s how a person feels ‘high’.

Serotonin is released from platelets when there’s a wound. It helps to narrow blood vessels so that the blood flow to the wound is limited. Thus, helping the blood clots to form.

Serotonin’s also known to have an impact on bone density, breast milk production, liver regeneration, and sexual function. However, further studies are required to confirm the bond between Serotonin and these bodily elements.

What are the Symptoms of Serotonin Deficiency?

A lower level of serotonin is identified to have links with (but not limited to) poor memory, feeling ‘moody’, depression, low self-esteem, anxiety, aggression, craving for sweet or starchy foods and difficulty of sleeping. While serotonin deficiency is not the only cause for these symptoms, they are proven to have associations with it.

How to Increase Serotonin

There are methods to boost serotonin, to make you keep feeling good, and get all its benefits in increased levels.

Serotonin is made from ‘Tryptophan’, which can be found in some foods. Some high-protein foods such as milk, eggs, cheese, chicken, fish, peanuts, and chocolate also contain Tryptophan. However, consuming too much Tryptophan can give some side effects such as stomach aches, nausea, vomiting, diarrhoea, and loss of appetite.

The sleep you get should be consistent and ‘solid’, which is at least 7 – 8 hours. Continuous sleep-deprivation could affect the serotonin receptors of the brain, which may deprive you of the chance of obtaining the positive effects of serotonin.

When you spend more time outside, exposed to the sun, you will get more Vitamin D, which may help increase your serotonin levels. Therefore, some people tend to have mood drops during Winter. Thus ‘light therapy’ is best for ‘seasonal depression’.

Taking vitamin D supplements (with omega-3 fatty acids) will increase your serotonin levels. Since this is an artificially induced method, better get your doctor’s advice, first.

Regular exercise triggers Tryptophan into your blood while decreasing the amount of other amino acids, which could assist in creating a better environment for more Tryptophan to reach your brain. Hence more serotonin could be developed inside the brain.

Receiving a good body massage is known to increase serotonin and dopamine in your body. It reduces ‘Cortisol’, which is a negative chemical created in your body when stressed.

Meditation calms you down and brings stress levels down as well. This can affect increased serotonin levels in your body.

Listening to music has a relaxing effect, which can increase serotonin concentrations.

10. Stay Away from Drugs and Alcohol

However, per studies, after these unhealthy spikes, serotonin levels of the body would go down, even lower than the usual levels and would keep your body depleted of serotonin for a few days, which can affect your body in many aspects. In short, and long run. Anyone who ever had a hungover would have felt the effects of serotonin loss, for sure.

Finally, these are some of the easiest things which you can follow to increase serotonin. While increasing serotonin levels make you happy and relaxed. Furthermore, happiness increases your serotonin levels as well!