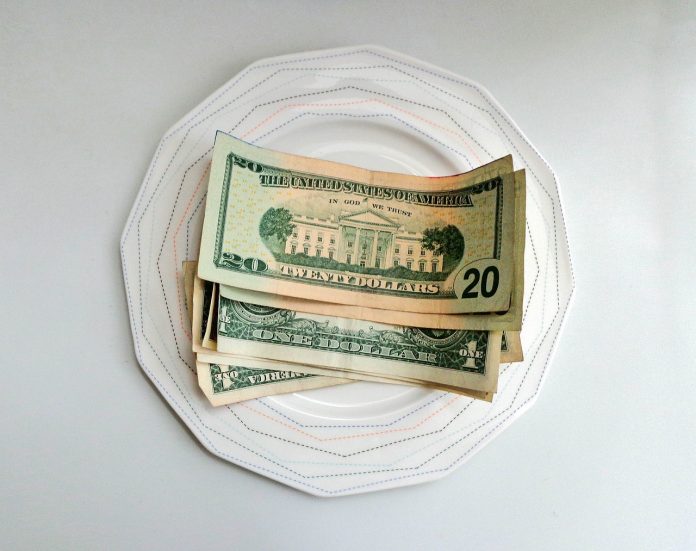 Are you confused regarding tipping in japan? How much? Would it be enough? Would it be too much? These, usually are the three questions that usually bother a lot of people after the waiter gives them the bill. While we just glance through the bill or altogether skip even looking at the details in the middle, we do all kinds of multiplications and divisions in our heads just calculate the correct figure. If it’s not enough, they’ll get offended.

If it’s too much… why? It’s your hard-earned money! Balancing the value always requires a second or even third thought. That’s why there even are apps out there that would do the math for you. The popular saying goes… “If you can’t afford to tip, you can’t afford to go out and eat”! Yes, Tips! That’s how important they are… to the rest of the world… (At least, for most countries)

Before you travel to a different country for “business or leisure”, apart from the obvious ones such as checking whether they require specific visa or the currency rates, we also do a “bit of research” about what types of food will be available there, what kind of clothing would be required for different occasions, what are the usual taxi fares or sometimes even to say “hello” in their native language.

For seems to be obvious reasons (because what’s there to check about? Isn’t that normal?) we tend to overlook some important elements, such as what kind of different hand signals would mean differently in other countries, what kind of words may have different meanings and what are the tipping etiquettes? We all give the “thumbs-up” signal to say “good work” or “I’m ok”; but if you use it in Iran or Iraq, you might lose some of your front teeth, because it means… let’s just say something offensive!

If you use the “N” word in the United States, you might aggravate some people, because it is, something offensive. But in the Korean language, “Ne Ga” simply means “you”. Don’t mind if K-pop songs use (seeming to be the) “N” word, often. Likewise, there’s a “tipping etiquette” which you need to study before you travel as well.

Tipping etiquette? And what is to study about tipping? You just give it, right? Isn’t that normal? Tipping customs change from country to country, and that’s why there’s a term called “tipping etiquette”.

Detailed Guide on Tipping in Japan

If you’re going to visit “The land of Sakura”, or Japan, or planning to do so in the future, this article may be useful for you. Because we’re going to look at tipping etiquette in Japan.

Japan is a beautiful country with beautiful scenery, beautiful people and beautiful traditions. Their culture, richly embedded with traditions which they have treasured for hundreds of generations. It is unique, colorful and is filled with deep values, such as dignity, respect, and hard work.

Their service quality does not differ based on who the customer is, what kind of clothing or accessories he or she is wearing, what kind of a vehicle he or she drove in, or even how tired the serviceperson could be, at the point of service delivery either! Due to this reason, “tipping” is not customary in Japan, since they consider their services to be of high quality, respectful and standard. While that is the general custom, it may differ from place to place. Let’s look at some Japanese tipping customs at different venues.

The tipping structure in the United States is different, and it’s mostly compulsory as well as complex. Different tipping percentages can be based on dining locations. For example, price of the wine ordered, delivery quality and satisfaction level can be quite overwhelming for anyone who may be not accustomed to this.

However, if you tip a restaurant in Japan, most likely it would be refused! They believe that when you’re paying the bill, you’re already paying for a high-quality service. When you dine in Japan, do not ever tip, since some might even find it rude to do so. Just thanking the waiter or the waitress for their lovely service is all that they love to receive.

However, there may be cases in which you might have to hail a taxi. If you do, you don’t even need to know Japanese and you just have to point your drop-off point on a map, which is easier for them. Upon completing your journey, pay the fare, simply thank the driver and exit the vehicle. No tipping is needed.

Unlike in other countries, hotel staff does not expect a tip at all. If you do, it might be rejected. They believe that their service is meant to be of high quality and hence, extra payment is not required. If you insist to give a tip upon checking out, do not ever give your monetary tip to a single person, which might be considered rude. Instead, place the money in an envelope and leave it behind in the room when you’re leaving.

If you plan to visit the hotel spa or even an outside spa, upon leaving, thank the masseur or the masseuse for their service. Make sure to remove your shoes and bow your head when thanking. No tips are required.

When is it Okay to Tip? (Exceptions to the “No Tips Rule”)

In the above instances, while giving tips is considered unnecessary or even as an insult, there are some exceptions.

Tourist companies receive tips from tourists. Although it’s not compulsory, they might be grateful to receive a tip. There’s no fixed figure or a percentage for the tip. You can give any amount you prefer. However, make sure not to hand out cash directly from your wallet or your purse. It’s always polite to place the money in an envelope and hand it out with both of your hands, with your head inclined.

Tourist guides might be the only exception to the tipping culture in Japan. They are very much used to be tipped by tourists. Although it’s not mandatory to tip, or rude not to do so either, you can give a small tip as a token of appreciation. If you prefer to bring a small token from your own country, this too would be happily welcomed.

This is the tip of a “different kind”, which is handed out before the service is received! It’s a way of saying “thank you, in advance for a great service”. It can be called a different kind of “greeting ritual” as well. Make sure to either put the money in an envelope or wrapped it with a piece of cloth. Also, this should be discreetly slipped to the relevant person. This is usually given at upscale ryokans inns and high-end sushi restaurants. However, this is a very rare custom which even some Japanese people may even not be familiar with. Hence, there is no need to worry if it’s rejected.

Although tipping is not customary or even accepted in all occasions, being thankful with respect and politeness is always expected and highly valued. A courteous “Arigatou-gozaimasu” (Thank you very much!) is all you need to offer.